Dr Sebi Sea moss is actually great for a lot of things. While seaweed has always been regarded as a superfood, sea moss not so much. But, dr sebi healing herbs such as sea moss does have its own sort of benefits to it too, and we’ll go over exactly what it is in this article, and in a general sense what it can do for you.

What is Dr Sebi Sea Moss?

Sea moss is usually called Irish sea moss or Irish moss part of dr sebi herb list. There are some variants, but in a lot of cases, it’s a seagrass, which essentially is a patch of plant life, typically on rocks and the ground, and it flourishes due to contents not only in the water, but in the environment around them, and it helps with growth as well.

This is a red seaweed that grows in inlets and tidepools all year around.

It’s harvested in New England commonly, in order to extract what’s called carrageenan, which is a carbohydrate that’s gelatinous and it’s commonly used in cosmetics and baked goods.

So yes, chances are you’ve probably had this before in some way, shape or form.

But sea moss also can be eaten by itself, and is used in stews and soups.  This is definitely a fun little superfood, and it does have some great benefits.

So why did it become popular? Well, we can thank Kim Kardashian for that one.

Seeing Kim sipping on a sea moss smoothie has attracted attention by many people, and the healthy eating lexicon has since then burst into curiosity about this superfood. Why this? What’s so special about it?

This red algae actually has an interesting history, and while it may seem strange that sea moss is popular, it certainly has a reasoning for it.

Well, we’ll go into the benefits of this as well, but many proponents like it for its numerous benefits.

The history of Irish moss is actually quite interesting.

Typically, this moss is found around the Atlantic coast. While commonly found in the US, it’s actually also seen in Ireland and parts of Europe.

There is also Jamaican sea moss, since this is also typically found around the coasts there too.

This is also called the carrageen sea moss due to that ingredient, since it’s an additive along with a means to thicken different recipes.

It actually goes even further back too.

This algae has been in our diet for a millennia.  While it has been found mostly in Ireland and the Caribbean, it’s also been used in other cultures for many years, and is seen as a tonic to help with various problems on a general spectrum.

Where is it Found?

Typically, this is found on the rocks along the coastlines of the Atlantic.  It is a red algae that’s been taken out of the water, and it is stored in the fridge in many cultures.

How to Get it?

Typically you can get it in four forms, and they are:

There is a difference in each form though, and we’ll go over a few of the differences here.

Are the Gel, Bath Powder, and Pill the Same?

The sea moss gel that you see is actually sea moss that’s put in spring water and soaked. This is done to help get rid of the extra salt and iodine, and from there, this is blended together in order to create a gel form.

Sea moss capsules are essentially the powdered form of sea moss, but stored on vegetarian capsules, so pretty much like many other nutritional supplements that you may have as well.

The powder form is essentially sea moss which has been dried and then crushed into a powder form, and from there, you can typically put it in a drink to add the sea moss supplement to it.

This is also how the food version is typically done, since in many cases you can simply infuse the sea moss directly into it.

Is there a big difference between these though? No, there isn’t. they’re the same thing, with the same great and amazing nutrients that are in there.  For many people, they like to use one, or the other, or sometimes a mix of both.

It’s totally okay to use either or, and it should be encouraged to use different kinds of means for sea moss, since they’re great and wonderful means to get the nutrients that you love.

Man-made sea moss is becoming more and more common when it comes to sea moss.

This is processed sea moss, and the problem is that this actually can alter the nutritional content within this.

According to Dr. Sebi, this type of sea moss is grown in brine pools, and it’s artificially done.

These mass producers will take this directly from the ocean, attempting to replicate the same factors that are present in the ocean, but it isn’t fully replicated.

With man-made sea moss, it doesn’t have the properties that the ocean has, and in many cases, it actually can affect the quality. In the ocean, the sea moss is not only getting nutrients from the ocean water itself but also the air, the sun, and even the rocks that it does grow upon.  The salt and other nutrients that are in ocean water also affect this.

Man-made sea moss tends to be much saltier, and it doesn’t have the same components that regular sea moss tends to have, and this affects the quality of it.  Typically, it is about three times the size, and has a lot more mucilage than other sea moss from the ocean itself.

So you aren’t getting as much quality nutrients from this.  You should make sure to avoid pool-grown from farms as well.

You may wonder if there is a way to tell the difference between this. Well, besides the nutritional content and the mucilage, typically those that are grown in a brine pool tend to have a much lighter color than those natural types of sea moss, and it typically has a much saltier taste.

It also won’t have as many other minerals, so you’re getting the salt content, and it can be almost too much, but not enough of the other nutrients.

And of course, this can affect the quality of the sea moss and how it affects you too.

There are four ways to tell the difference between real and fake aside from dr sebi nutritional diet.

First, you can tell by the look. This is obvious, but real sea moss is not grown evenly, and real sea moss may have some more thickness to it than others. Whereas the fake sea moss looks perfect—almost too perfect!

Next is the salt grains.  Sea moss soaks up the water that it’s in, so you’ll typically see these only on the surface of the water, and it typically won’t have as salty of a taste. On the flip side, if your sea moss looks like powdered sugar dusting, that’s a sign you may have something fake on your hands.

Then there is the other seaweed that’s in it. Real sea moss may have some other seaweed in it. That’s because sometimes other seaweed comes along as a straggler. Not necessarily a huge problem, but it’s there. In tanks and pools, you literally just see the sea moss, and it looks only like that, and typically has a dirtier look to it.

Finally, there is a difference in tone and color. With real sea moss, you typically have some variants of color, but they’re slight. It’s there. However, if you have sea moss that’s all there looking the same and looks too even and perfect, chances are that’s some fake sea moss on your hands. If you notice that there isn’t much variation, it typically is processed, so you should make sure that you don’t buy that.

Sea moss is great, but you never want to buy the same variations of this, but instead, get yourself something that’s real, authentic, and actually is grown naturally, otherwise, you’re missing out on the real nutritional value. 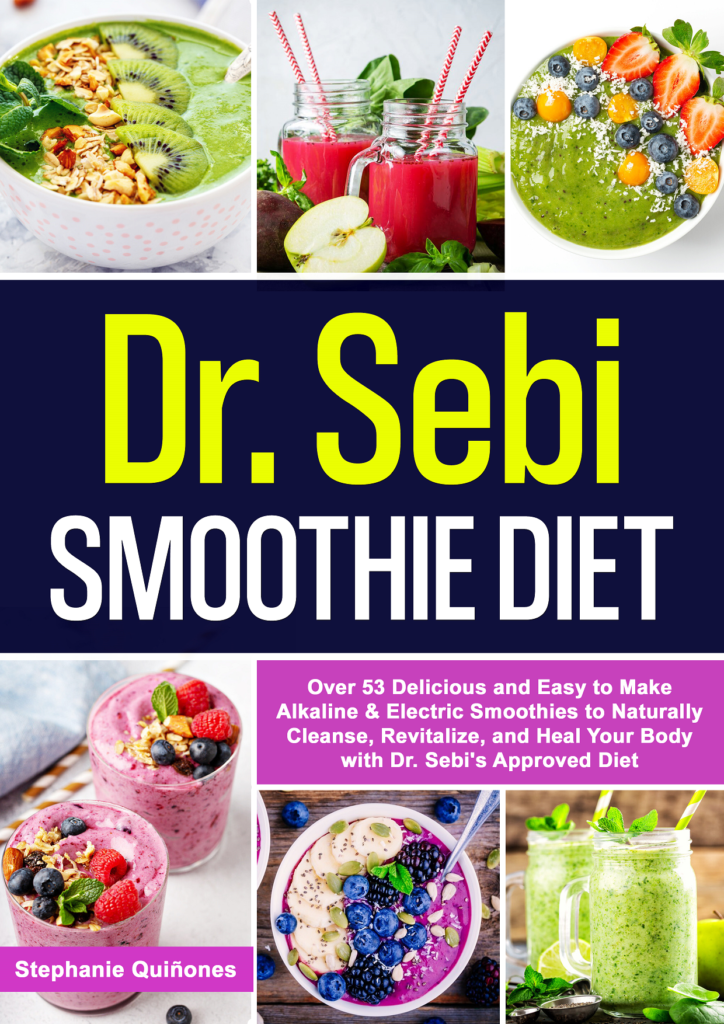 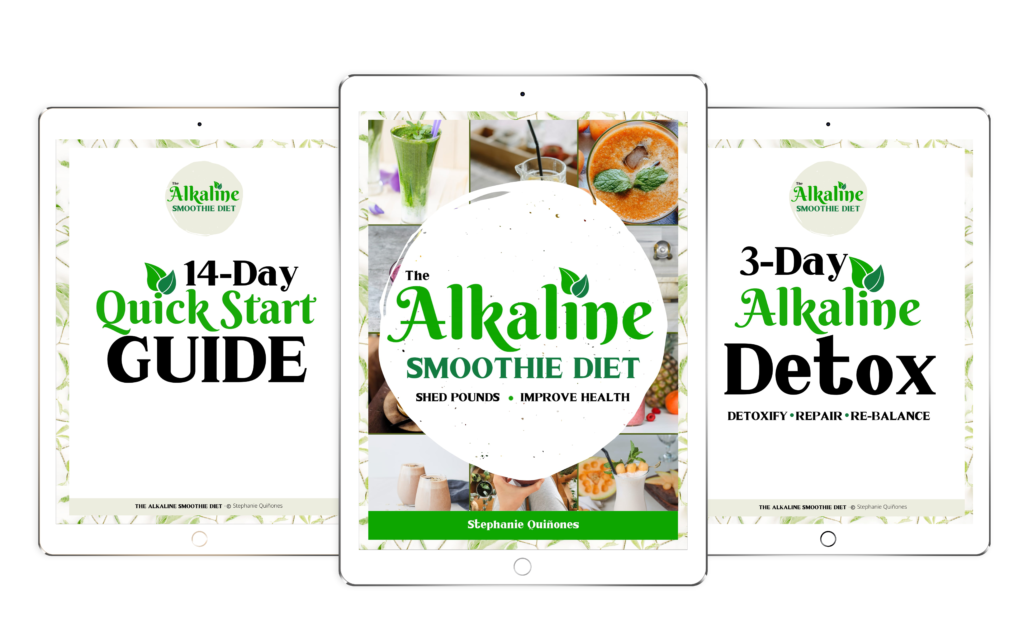 LISTEN TO MY NEWEST AUDIOBOOK FOR FREE!

REACH OUT TO ME!